Aleš Najbrt (1962) studied typography and book design at professor Jan Solpera’s studio at the Academy of Arts, Architecture and Design in Prague (1982–1988). At the beginning of 90s he was an art director of Reflex, an influential Czech weekly, and soon he started his own magazine, Raut. In 1994, together with Pavel Lev, he founded Studio Najbrt. For his film and theatre posters, books and various other works he’s received numerous awards, including Grand Prix at the Brno Biennial 1996, bronze medal of The Tokyo Typedirectors Club 1997, Czech Grand Design 2007, several Most Beautiful Czech Book Awards and Czech Lion Awards for best film poster and The Lifetime Achievement Award at the Brno Biennial 2014. Apart from his design career, since the mid-‘80s, he’s been active as an actor and performer, performing with Sklep Theatre, the comic trio Tros Sketos, the artistic duo Thomas & Ruhller, and the music group M.T.O. Universal Praha. 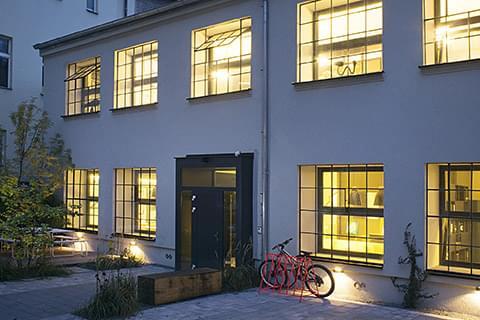 Studio Najbrt is a leading Czech graphic design studio. It was founded in 1994 creating identities, publications, posters, books, exhibitions or websites and apps for domestic as well as international clients. The studio’s longtime collaborations with the Karlovy Vary International Film Festival, the photographer Josef Koudelka, the Ambiente group, the City of Prague and many others established its bold and playful approach, decorating its imaginary mantelpiece with awards and features in publications from all over the world. “When I think about Studio Najbrt, the first idea that comes to my mind is fun,” wrote the design critic Rick Poynor in 2007 and to this day no one objected.